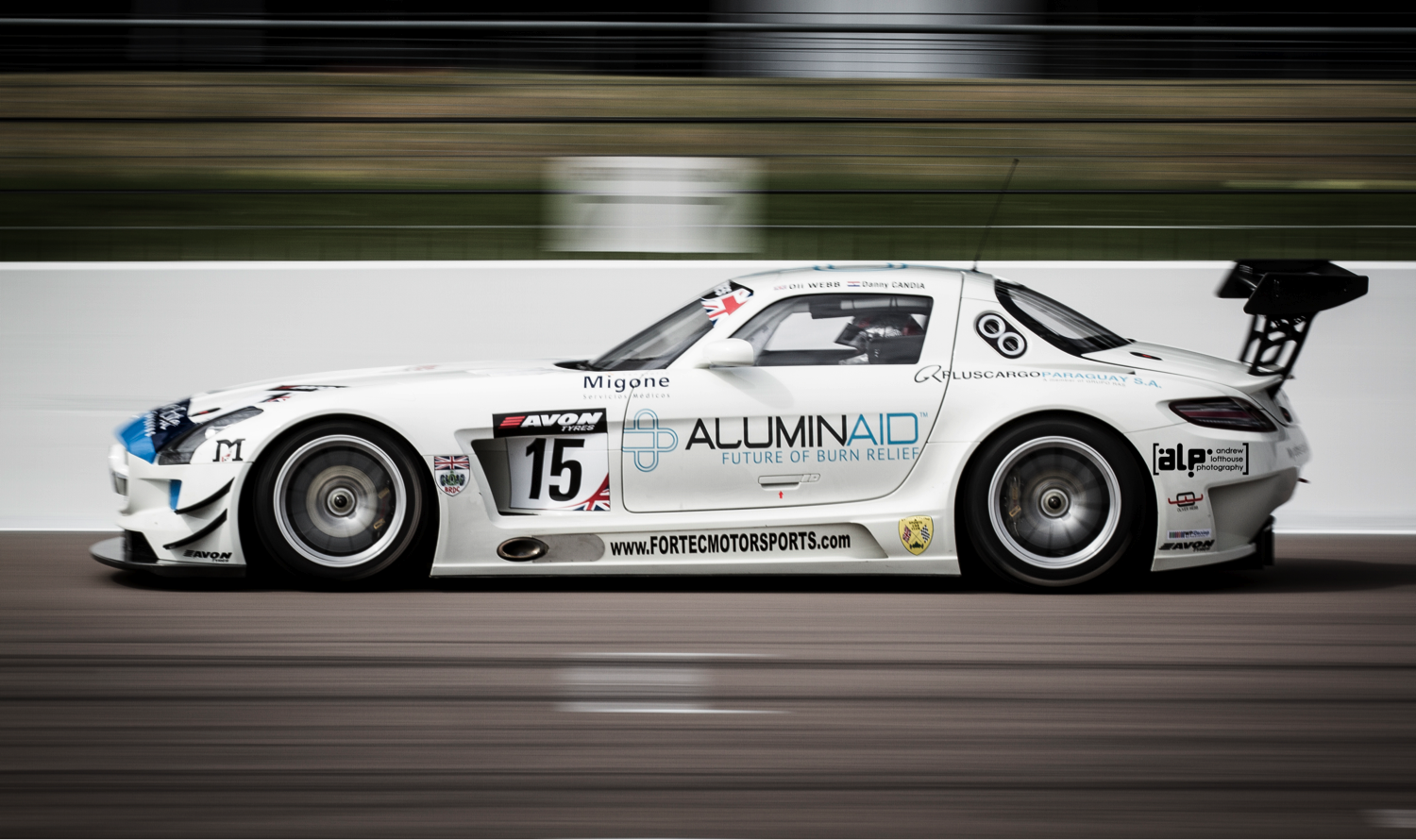 British racing driver Oliver Webb will return to the cockpit of the Mercedes-Benz SLS AMG GT3 later this month, as he lines up in Fortec Motorsport’s Pro entry for the Total 24 Hours of Spa, sharing driving responsibilities with former-Formula 1™ and current AMG-backed driver Karl Wendlinger.  This year marks the 65th running of the Total 24 Hours of Spa, the headline event of the Blancpain Endurance Series, and will see more than 70 cars on the grid.

This will see Webb make only his second competitive GT start in his career, but he has already shown his true racecraft and adaptability.  He made his debut in the latest GT3 car from Mercedes earlier this season at Round 2 of the Avon Tyres British GT Championship at Rockingham. The BRDC driver showed competitive pace throughout his stint, and moved through the busy grid to lead the race before the driver change, but his teammate was later forced to retire following a racing incident.

Webb completed the official Blancpain Endurance Series test with Fortec Motorsport at the Spa-Francorchamps circuit in rain soaked conditions earlier this month, and showed impressive pace, recording the second quickest time of any Mercedes driver despite tricky conditions around the Ardennes circuit.

Webb returns to Spa-Francorchamps with Fortec Motorsport having recently contested Round 4 of the World Series by Renault FR3.5 with the team. Commenting on this latest exciting challenge, Webb explained: ‘Spa is one of my favourite circuits, and it will be a fantastic experience to take part in the 24 hour race. I am really honoured to have the opportunity to join Fortec Motorsport in the SLS AMG GT3 again, and to be sharing the car with such a strong and successful teammate as Karl Wendlinger. He has so much experience, having raced at the top of the sport in Formula 1™, at Le Mans and in FIA GT1, among others.  The Blancpain Endurance Series grid is incredibly competitive this year, but I am confident that we have a great team, the car feels good and we can push for a strong result.’

Before lining up on the grid at Spa, Webb will continue his role as test and development driver for British sportscar maker, BAC, and will showcase the Mono single-seater at the Goodwood Festival of Speed this weekend (12-14 July) After a successful review on Top Gear last Sunday 7th July where the Mono became the 2nd fastest car to ever lap the Top Gear track, with praise from all 3 presenters.

Webb then returns to action with the World Series by Renault FR3.5 championship travelling to the Red Bull Ring in Austria for Round 6 over the weekend 20-21 July before lights go green in Belgium for the Total 24 Hours of Spa the following weekend.

Log on to www.Blancpain-Endurance-Series.com for additional details about the Series and the Total 24 Hours of Spa. For information on Oliver Webb, visit www.oliwebbracing.com or follow him on twitter, www.twitter.com/oliverjameswebb.