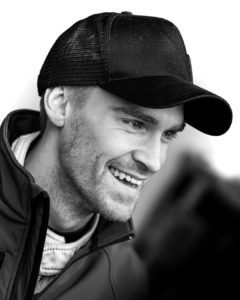 Oli started karting aged 9 where he displayed his talent immediately; winning his first novice race. Since those early days he’s been a regular podium finisher, race victor and Championship winner and can now, aged just 25, claim to be 2014 European Le Mans Champion, 2015 Dubai 24 Hour Champion and 2016 Asian Le Mans Champion.
His continued success lead to a step up to the highest level of Endurance racing with the ByKolles race team for whom, in 2016, he drove a stunning LMP1 race car, the P1/01 in the highly acclaimed World Endurance Championship. It was a hard fought season where mechanical reliability proved plenty of challenges, however, Oli still managed to find himself on the podium.

In 2017 he’ll kick the season off with the Dubai 24 Hr race, an event where he’s never failed to finish on the podium, before announcing further plans for the rest of the year.

Off track he’s a highly trained athlete, supercar driver coach, film-maker, triathlete and has a passion for the extreme side of sport.

2011
Worldseries by Renault with Pons, 3rd in Rookie Championship with podiums

Circa 500,000 combined which can be used for Brands, partners and race teams promotion.

Insights and reach of over 4million a week

2007
1st Place in Formula BMW Scholarship Student of the Year