Webb to be a MSA Elite Driver again for 2011 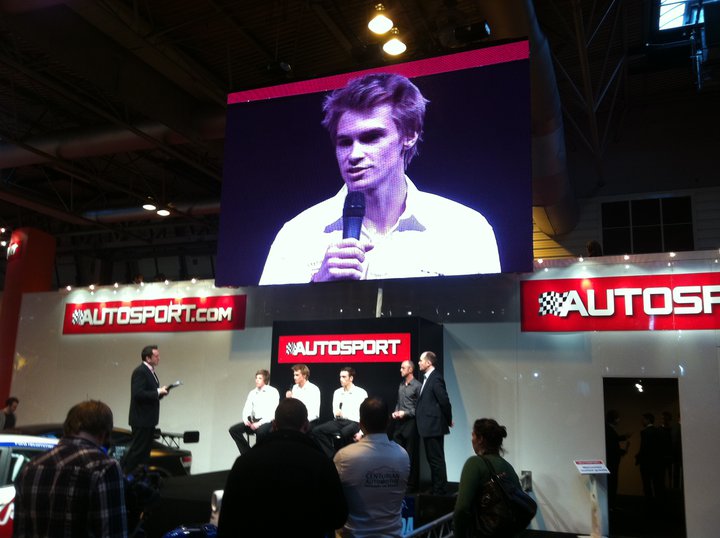 To be officially unveiled at this week’s Autosport International show in Birmingham, the seven racing drivers selected to join the MSA’s driver development scheme under the guidance of National Race Coach David Brabham, are:

The three rally drivers selected to join the programme under the guidance of National Rally Coach Mark Higgins, are:

In 2011, Team UK will include rally co-drivers for the first time. Guided by National Co-Driver Coach, Nicky Grist, the programme has selected three young co-drivers:

Three racing drivers have been offered a second Team UK campaign – Will Buller, Harry Tincknell and Oli Webb – as the coaches felt they would continue to benefit from the programme’s intensive development work at this stage of their careers.

The remaining seven drivers that were on the scheme in 2010 will continue to enjoy the support and guidance of the Team UK coaches and other related support staff.  They will be designated as Team UK ‘graduates’ and will carry the Team UK logo on their clothing and vehicles.

“We are delighted to welcome a new intake of young athletes onto Team UK,” says David Brabham. “Selecting the right people to join the programme is not always an easy job, but we are very pleased with the calibre of the new recruits, while having spoken with Will, Harry and Oli, we have agreed that there is a lot of value in them remaining a part of the squad for another year. We look forward to getting them all together for the first time later this month.”

“The content of the Team UK programme has evolved a great deal since the race and rally elite days and this has been reflected in the positive feedback from all the drivers this year,” says Robert Reid, MSA Performance Director. “From a personal perspective, I am obviously pleased that we have now brought co-drivers officially within Team UK and Nicky Grist is the ideal person to head this up. I am sure he will be a great inspiration and mentor for both the co-drivers and drivers in the squad.”

“We have been extremely encouraged by the way Team UK has quickly established itself,” says Colin Hilton, MSA Chief Executive. “The MSA remains committed to investing in the development of young UK talent and helping them to be as prepared as possible for the opportunities that will present themselves in the future.”
The first gathering of the 2011 Team UK squad will take place at the Porsche Performance Centre at Silverstone on 17/18 January.