Oliver Webb continued his impressive string of results during 2014 with a sensational podium finish at the 24 Hours of Le Mans on his first outing at the blue riband endurance race. At the wheel of the #36 Signatech Alpine prototype for the 82nd running of the famous French endurance event, Webb claimed third place in the highly competitive LMP2 class, and seventh overall after a hard-fought 24 hours of racing. 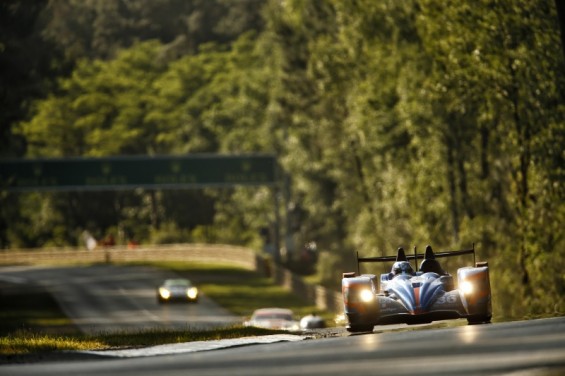 Making his debut at the headline event of the motorsport calendar, the young British driver lined up with the French Signatech-Alpine team again and was the first British driver to race with the former Le Mans-winners for more than 30 years. He shared driving responsibilities with French teammates from the European Endurance Championship, Nelson Panciatici and Paul-Loup Chatin and showed competitive intentions from the start of the weekend’s activities with strong pace in all warm-up sessions ahead of qualifying, regularly topping the timesheets.

As lights went green for the qualifying session, Webb and his teammates pushed hard to secure the optimum starting position in one of the closest grids the highly competitive LMP2 category has seen in many years. The final run of the session looked to see the Signatech-Alpine team take class pole, but a late yellow flag on Panciatici’s lap compromised the run and, as the chequered flag fell, the trio of Webb, Panciatici and Chatin were in fifth – with less than half a second separating them from pole. 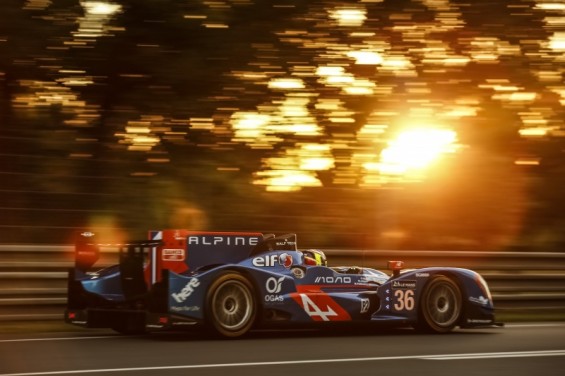 The race started at 3.00pm on Saturday afternoon in bright sunshine, but this was short-lived as black clouds descended on the circuit within two hours. In this opening period, the #36 car made a strong start and steady progress through the order. The changeable weather conditions soon proved treacherous for all teams, with many being caught out by the sudden downpour. The Signatech-Alpine team quickly reacted to the situation, and the car was back out on track with a change from slicks to a full wet set up. This quick thinking allowed the team to make up further positions, and it wasn’t long before the French outfit were challenging for the lead of the LMP2 class, and challenging for a top 10 position overall.

Throughout the race, Webb and his teammates moved through the field and were comfortably running n the top three of the LMP2 class as the night drew in. Each driver was running either triple or quadruple stints as they racked up the miles and headed in to the night. As positions changed in class, and all throughout the field due to split strategies, each of the Signatech-Alpine drivers took turns to lead the class, and showed strong pace as the dawn approached. Often the most demanding part of the race, the morning brought new challenges with extreme tiredness, but the weather looked to have improved and the team set about counting down the miles to the end of the race, maintaining strong pace and continuing to run comfortably in the podium positions.

As the race neared the end, the trio were leading the class when the front-left upright failed on the car, and forced an unscheduled pitstop for essential repairs. The car was brought back to the pitlane, and the team set about fixing the issue as all was still to play for, so it was crucial to minimise time lost time to the competition. The team worked quickly to replace the broken component, and the blue and orange Nissan-powered Alpine A450 LMP2 prototype was soon heading along the pitlane to start chasing down the lost time.

On returning to the track, there was a challenge ahead, having dropped to seventh in class, but each driver showed grit and determination to close the gap in front, and move back up into contention for a spot on the coveted podium, posting consistently quick laptimes, and with some well executed overtaking manoeuvres. As Panciatici crossed the line at the end of the gruelling battle at 3.00pm on Sunday afternoon, the Signatech-Alpine team had moved back up to third place, close behind two rivals from the ELMS championship, underlining the championship’s competitiveness on the global motorsport scene. 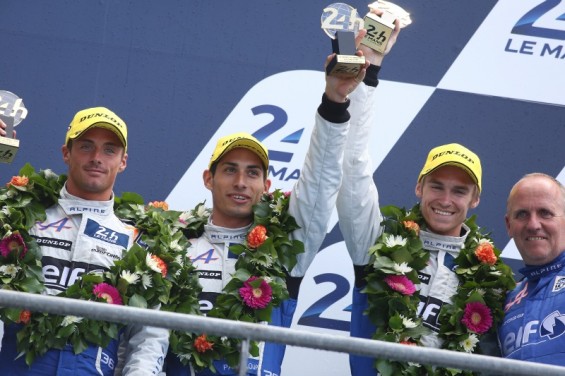 At the end of the 24 hours, BRDC member Webb had completed four separate stints behind the wheel, with all three drivers pushing hard over a combined distance of 355 laps around the 13.629 km (8.469 mi) Circuit de la Sarthe. The Alpine-Signatech team was one lap down on the overall LMP2 winners, and only 2m 30s behind second place.

Commenting on his first experience of the 24 Hours of Le Mans, Webb explained: ‘What an incredible event! It has been the most amazing few weeks build up, and is on another level to any other race, even other 24 hour races I’ve been involved in. The drivers’ parade was like nothing else, and it was great to see so many fans turning out to see us and the cars before everything started. And there were so many people here over the weekend to make the place come alive.’

He added: ‘The race was another thing altogether. It did feel like long, but it was such an incredible feeling, especially as the sun was rising, and it was just me and the car out there doing more than 300km/h around such a great circuit. That is a memory I will never forget. It was great to know we were so competitive, and fantastic that we all led the race at some point during our stints. And the icing on the cake was walking out on the famous podium at the end of the race, with the thousands of people below us and cheering – a truly unforgettable sight. And all of this on my debut!

‘It has been such a great honour to drive for Signatech-Alpine on the team’s home event, and it’s a shame we couldn’t take the victory, as we were really unlucky to suffer with the broken upright near the end. But that’s motor racing, and to leave here with a podium is a fantastic achievement, and the team has done an incredible job. I just hope my first experience of Le Mans isn’t my last!’

Webb returns to the European Endurance Championship grid for Round Three with the Signatech-Alpine team at the Red Bull Ring, Austria, over the weekend 19-20 July.