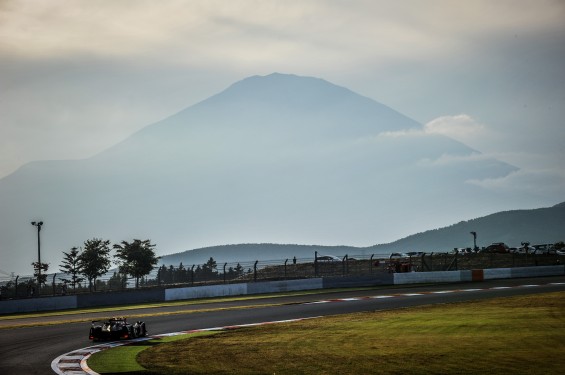 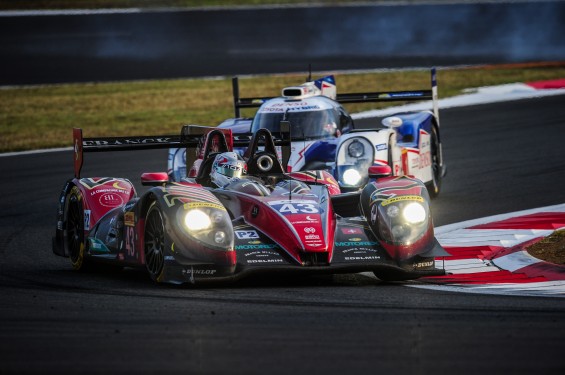 Making his debut in Japan this weekend, the BRDC star looked strong throughout all sessions ahead of the race, and was quickly up to speed around the 4.563km Fuji International Speedway. The practice sessions were all run in dry conditions, with the team working to fine-tune the balance of the car and optimising the set up ahead of the race. Webb looked to make the most of these sessions to learn the track, and these efforts paid off during qualifying. Teammate Ragues posted the first lap time of the session for the team, and Webb then took to the track, improving by nearly half a second and setting a lap record for the chassis. With positions determined by an average of the two laps, Webb’s lap secured a top three grid slot in the highly competitive LMP2 class.

As was predicted, race day was extremely wet, with a strategy call by the teams required during the reconnaissance lap on the way to the grid of whether to run intermediate or the full wet tyres. With more than 30 cars on the grid, the wet conditions on track would soon be lessened, so the decision was made for the intermediate option. The tricky conditions saw the race start under Safety Car conditions, with Webb working hard to ensure the tyres were in an optimised condition for the start. These efforts were rewarded as the lights turned green with Webb quickly up to second place, and chasing down the LMP2 leader as the wet conditions proved challenging for all drivers. Despite his lack of experience around the circuit, Webb capitalised on a minor mistake by the race leader who ran wide on the exit, allowing the #43 Morgan EVO SARD through. With a clear track ahead, Webb pulled out a comfortable gap to the chasing pack as the lap times continued to improve. As Webb neared the end of his first stint, a brief loss of power resulted in the lead position being lost, but the fault was quickly cleared, and Webb was able to continue on, and had closed the gap to the leader as he pitted. A strong stop by the Team SARD Morand pit crew saw Webb maintain position as he rejoined the track, enabling him to challenge for the lead again. 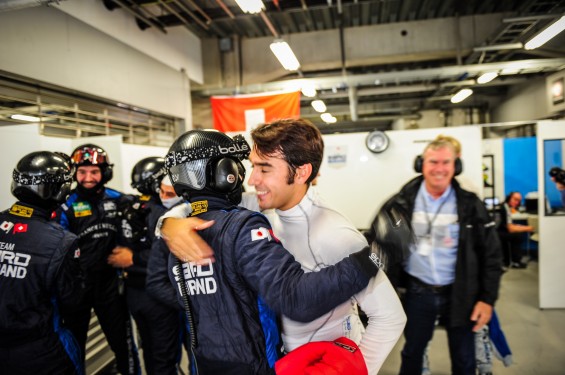 As the race continued, the team worked hard on the strategy to keep the Webb and his teammates in contention, and Webb remained in the car for a third stint. With the car running well, and Webb pushing the leader hard over each lap, this call saw the team in a good position as the race neared half distance. However, a rare error saw the young Brit lock up on the wet track, sliding into the gravel, and had to watch all of his hard work undone as he was unable to engage reverse. Undeterred, Webb persisted and eventually recovered, bringing the car back to the pitlane and handed over to his teammates to chase down positions ahead of the chequered flag. The strong start by Webb, and hard work by Ragues and Cumming brought the #43 back into contention, and the team claimed a third consecutive fifth place finish. Team SARD Morand lie fifth in the championship with two rounds remaining.

Commenting on the weekend, Webb explained: ‘Another challenging weekend, not least due to never having raced here, and the wet conditions during the race, but it was a great experience. The set up of the car was strong straight out of the box, and we were in a great position going in to qualifying which allowed me to push for the lead from the start. The car felt great around Fuji, which is such a fantastic circuit to race at, and we were looking good for a podium result – or even the win. The loss of power didn’t help, but we lost a lot of time sliding off the track in to the gravel as I couldn’t engage a gear. Pierre [Ragues] and Chris [Cumming] did a great job to recover, and we will take a lot of positives forward to Shanghai in three weeks.’

Round 7 of the World Endurance Championship, the 6 Hours of Shanghai takes place 30 October-1 November. 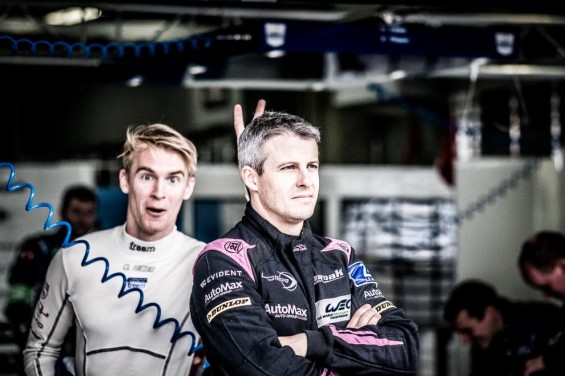