British racing driver Oliver Webb secured the first race win of the season for the Signatech-Alpine team with a nail-biting end to the race at the Red Bull Ring. The result moves the defending ELMS champions into the lead of the championship with two rounds remaining.

The French-based team opted for the strong set up from the 24 Hours of Le Mans to the Austrian circuit, while other teams opted for new, bespoke setups. The weekend’s practice sessions saw the Signatech-Alpine driver trio of Nelson Panciatici, Paul-Loup Chatin and Webb quickly identifying where improvements could be made. The line-up, unchanged from the podium finish at Le Mans, ended these sessions well, but with work to do during qualifying. During the qualifying session, the car performed well, and pace was strong, in an extremely close battle for pole. As the chequered flag brought the session to an end, Frenchman Panciatici secured fifth place with the top seven teams separated by less than a second. 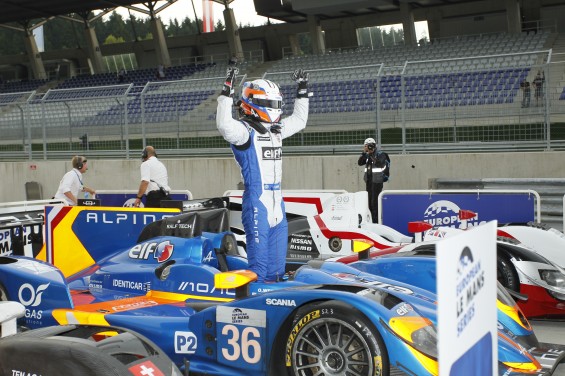 The race started under bright blue skies with the temperature around 30°C, and Panciatici was quick to make an impression as the four hour race got underway. He had moved the #36 Signatech Alpine prototype up to third place before his charge was cut short with a safety car period. The strong stint set up fellow Frenchman Chatin for a triple stint, which saw the 22 year old defend the final podium position, and moved up to second place before bringing the car in for the final driver change.

The gap to the leader had been reduced as Webb prepared to take over, and a great stop by the Signatech-Alpine team gained five seconds over the lead car. Webb quickly found his groove, and was immediately on the pace. With the leader still to pit, Webb set about closing the gap and optimising the clear air the team had released him into. And the efforts were rewarded shortly after the leaders pitted and rejoined the circuit just three seconds ahead of Webb. The 23-year old quickly closed the gap and shaped up for an overtake, making his move into turn two. A strong defence by the Jota team saw the cars run two wide through to turn three, and as the close battling continued, Webb held his line as the two cars came together. Webb kept up the pressure and completed the move to take the lead.

From here, Webb didn’t look back showing strong pace as the championship leaders spun off the track. With consistent laptimes, he built up a 16 second lead before settling into a tyre saving programme. In the closing laps, the weather started to turn with the threat of heavy rain as a few drops started to fall. As the blue and orange Nissan-powered ORECA-Nissan 03R neared the end of the race, Webb was forced to reduce his pace and save fuel. Despite this change of conditions and fuel-saving, Webb had a 12 second margin ahead of the field as he crossed the line. 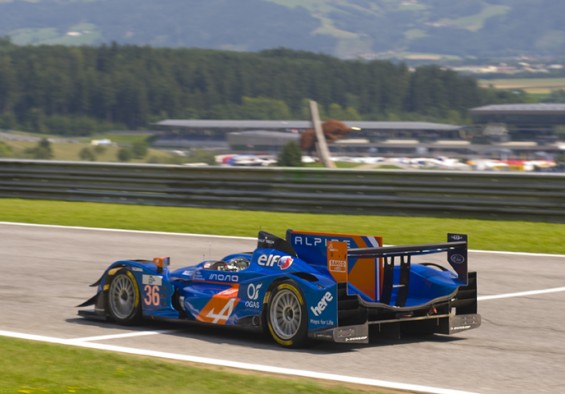 The team’s first win of 2014, moves Signatech-Alpine to the top of the championship for the first time with a four point lead.

Commenting on the race win, Webb explained: ‘What a great result! Coming here off the back of our podium at Le Mans we felt confident, but there was a lot of work to do with the setup, and the competition was extremely strong. Nelson did a great job in qualifying, and made a really good start, and Paul-Loup put in a great performance during his stint. The team did a fantastic job to turn the car around in the last pitstops to gain five seconds, and the car felt great as I set about chasing down the leaders. It was incredibly close, but a great feeling to take the lead when they pitted. After that, I managed to build up a good lead, and was able to manage the tyres, but it was a slightly stressful end to the race when the fuel light came on and the rain started. I don’t think I’ve ever been so relieved to see the chequered flag!

‘It’s great to have secured this result, which has been coming as we continue to improve, and great to be leading the championship. There is a lot of work to do for the final two races of the season, especially with such a strong field, but we will keep pushing, and hopefully we can be on the top step again this season.’

Webb returns to the European Endurance Championship grid for Round Four with the Signatech-Alpine team at Paul Ricard, France, over the weekend 13-14 September.