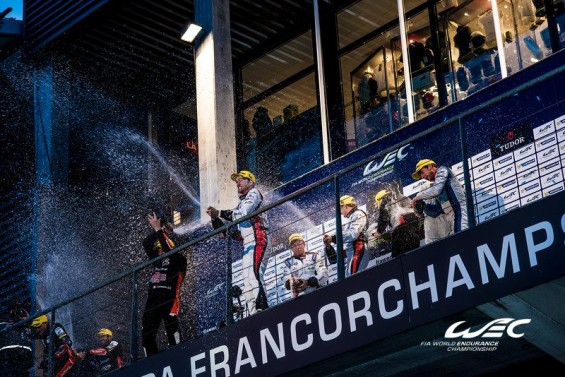 World Endurance Championship Track: Spa-Francorchamps, Belgium Track length: 7,004km Date: 2 May 2015 Qualifying: Pos. 2; Time: 2m08.055s; +0.294s Race: Pos. 3 British racing driver Oliver Webb made a dream start to his World Endurance Championship (WEC) campaign with a podium finish for Team SARD Morand at the WEC 6 Hours of Spa-Francorchamps. After qualifying on the front row for his debut race in the championship, Webb claimed a strong third place finish alongside teammates Pierre Ragues and Zoel Amberg around the famous Belgian circuit. With the team running comfortably in the top five of the LMP2 class through free practice and into the qualifying sessions, Webb showed his ability to get the most out of the car, and saw the rewards for his preparation over the winter months with strong pace during the qualifying session.

The young Brit pushing hard for a front row grid slot on his competitive debut with the Swiss team. When the laptimes were averaged over the course of the session, this saw Team SARD Morand third on the timesheets for Webb’s first WEC race event. Following the end of the session, the disqualification of one of the other LMP2 contenders promoted Team SARD Morand to the front row of the class for the start of the six hour endurance race. 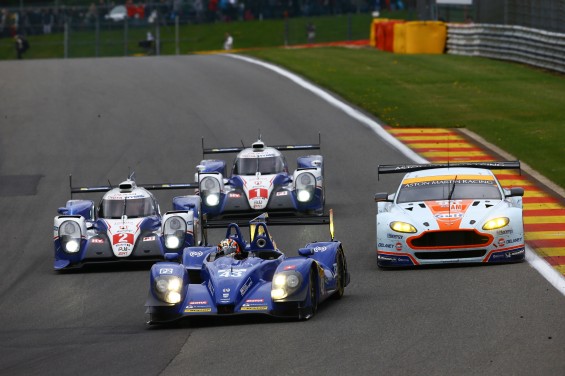 BRDC driver Webb started the race, and made his intentions immediately clear with a move on the opening lap to take the LMP2 class lead. He pushed on during the opening hour in a close battle for lead, and at the end of the first stint the team lay in second place. Webb stayed in the car to complete a double stint, holding second place throughout, but a drop in fuel pressure resulted in a longer second pitstop than was planned. Quick work by the pitcrew soon had the #43 Morgan EVO SARD back out on track, and the team had only dropped two places. Teammates Pierre Ragues and Zoel Amberg maintained fourth place during their respective stints, before Webb returned to the cockpit for his final session on track. Webb pushed hard around the challenging 7.004km Spa circuit with a view to taking the final podium spot. As the clock ticked down, the tough conditions of the six hour endurance race took their toll on the field, including one of the lead pack. Webb was quick to capitalise on this opportunity, and moved up into third place. From here, Webb managed to the gap to the chasing pack as the clock ticked down, with light fading over the Ardennes Forest. As the chequered flag fell, Team SARD Morand claimed a podium finish on its first race of the season, completing Webb’s debut race in the World Endurance Championship and adding to his run of top-three finishes . 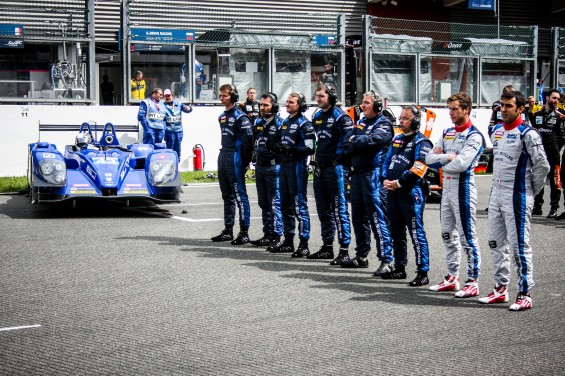 Commenting on the result, Webb explained: ‘It is fantastic to be back racing, and it has been a dream weekend claiming a podium finish on by WEC debut. It was great to put the car on the front row here at Spa, which is such an incredible circuit, and to finish third is great. We were unlucky with the technical issue early on, but the team did a great job to get us back out without too much time lost, and they have given us a car that is really well set up and quick straight out of the box. We will only get stronger from here, and I cannot wait for Le Mans next month.’

The team are now fifth in the LMP2 standings ahead of the next race, the 24 Hours of Le Mans, which takes place 13-14 June.