British racer Oliver Webb returned to the World Endurance Championship grid after the summer for the 6 Hours of Nürburgring with Team SARD Morand. Webb was joined by Pierre Ragues and Archie Hamilton who made his debut with the team, replacing the injured Zoel Amberg. The trio showed strong pace throughout the weekend, and secured a hard-fought P4. 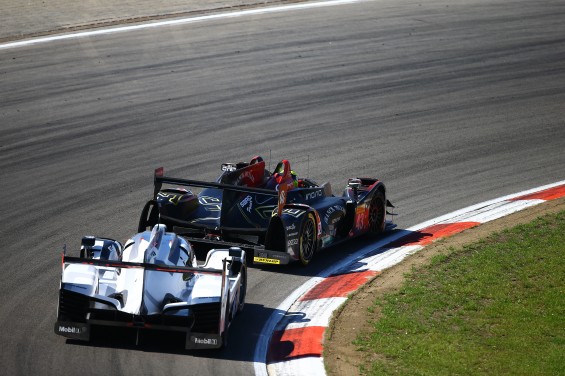 Early performance during the weekend’s Free Practice sessions looked promising for Team SARD Morand with the team working hard to optimise the setup. Webb’s new teammate, Hamilton, worked to make the most of the opportunity ahead of the qualifying session to familiarise himself with the open cockpit racer, and was quickly up to speed. The two stage qualifying session which followed saw BRDC member Webb third quickest in the highly competitive LMP2 class. A dramatic change in track conditions saw a shake-up to the grid in the second half of qualifying, but the team was confident going in to the race despite the aggregate laptime dropping the trio to P5 on the grid. 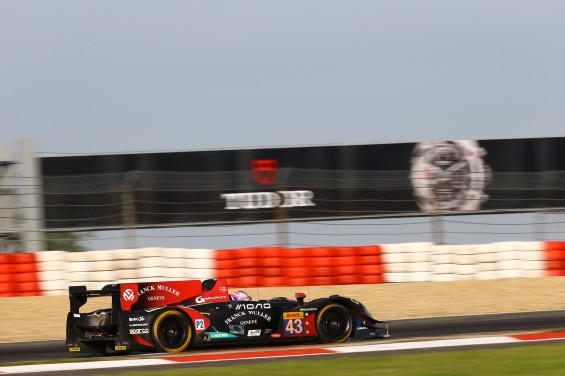 Webb was first in the car, and his experience allowed him to capitalise at the start and immediately move the #43 Morgan EVO SARD up to P4. However, this progress was temporarily put on hold when Webb was hit from behind which saw him lose the position he had previously gained. Undeterred, Webb pushed on in his opening stint and was back up to P4 as he rejoined after the first pitstop. Consistently fast laps by the 24-year old Brit combined with fast work by the team in the pitlane saw Team SARD Morand gain the position, and Webb went about chasing down the lead pack. With the car running well, Webb closed the gap to the leaders by 25 seconds, and handed over to Ragues and Hamilton who completed the middle stints, with both maintaining P4. 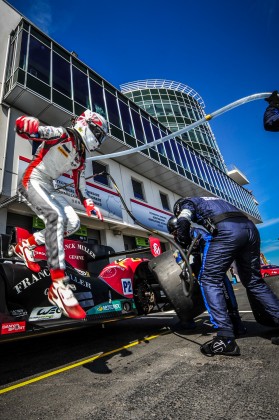 With the circuit bathed in sunshine, gold-rated driver Webb returned to the cockpit for the final stint of the race and immediately went about reducing the gap in front. The determination of the Knutsford-born racer was evident as he battled through tough conditions around the physical circuit, but he was unable to progress through the field before the clock reached the six hour mark, claiming P4.

Commenting on the weekend, Webb explained: ‘After the summer break, it is great to be back with the team and racing again. We showed great pace during every session, and the race was a lot of fun. I managed to move us up to P4 off the start, but we were unlucky to get tagged by someone which dropped us back. Great work by the team on the first pitstop to regain that position meant I could run in clear air for the second stint, and allowed me to bring us back closer to the leaders. Pierre and Archie did a great job during their stints, and it looked like a podium was on the cards. It was close, and it’s a real shame we couldn’t repeat our result from Spa, but overall this is a good result for the team. We will take a lot of positives away from the weekend.

‘Conditions were extremely tough with the high temperatures, and the circuit layout is very demanding making it very physical, but the car ran faultlessly, and we are making real progress. I am feeling confident of a strong result next time out, and we will be looking to be back on the podium in Austin.’

Webb returns to track for The 6 Hours of Circuit of the Americas, 19 September, for Round 5 of the World Endurance Championship.