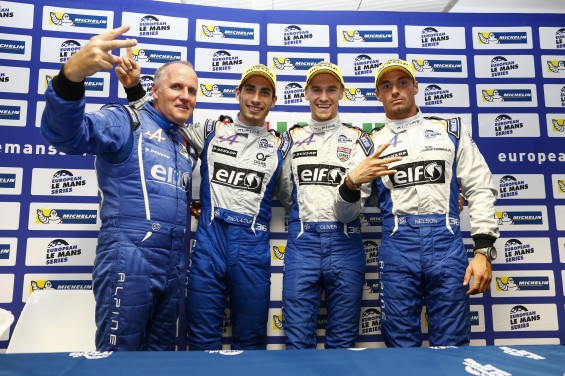 British racing driver Oliver Webb has helped defending champions Signatech-Alpine reclaim the ELMS title in his debut season of sports car racing during a nail-biting season finale in Estorial, Portugal. The young Brit lined up alongside French duo Nelson Panciatici and Paul-Loup Chatin for the title-decider, and secured a fifth place finish in the four hour endurance race to claim the coveted ELMS championship by four points.

The team worked hard during the weekend’s practice sessions on a setup focusing on consistent pace over longer runs, rather than being ultimately fast over a single qualifying lap, which was the approach taken by some of the key competition. Webb faced the ultimate challenge for the title-deciding race, having never raced at the Portuguese circuit, but showed strong pace on his debut outing, and as the qualifying session came to a close, the #36 Signatech-Alpine LMP2 prototype had secured a second row grid slot for the final race of the season. 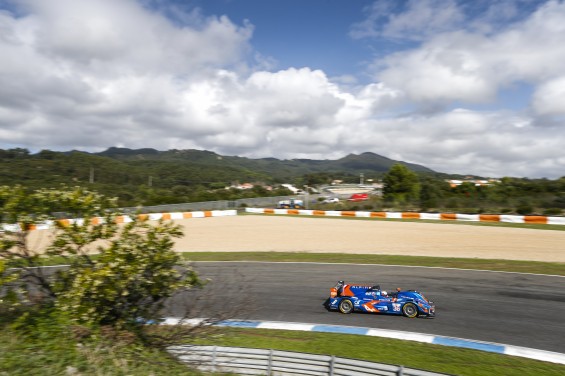 A clean start by Pantiatici set the Signatech-Alpine team up well, and the Frenchman pushed hard throughout his stint to move up into second place before his pitstop. With a 12-point lead in the championship ahead of the race weekend, a second place finish would secure the title, regardless of the finishing positions of the competition. Chatin took over the driving seat for the second stint, and set consistently quick lap times to close the gap to the race leader. A few laps later, Chatin took the lead, moving the team one step closer to the title.

Webb took over for the third of five stints, and exited the pits with a three second lead over the team’s main competition of JOTA Sport. Webb managed to increase the gap to 30 seconds to give a commanding lead, but 25 laps into the stint was informed of a drive-through penalty due to an infringement with the mechanics in the previous stop. Webb returned to his pitbox to serve the penalty but, on release, too much wheel spin saw an unsafe release called out by the stewards and a second penalty of three minutes for a stop and go was given.

Despite his lack of experience around the 4.182km circuit, BRDC driver Webb proved to more than up to the challenge, and edged the team back into contention before Chatin took over for the final stints, taking the car to one of the tightest fights for the ELMS championship. Title rivals JOTA Sport had claimed the final podium position, but Signatech-Alpine and Webb on his debut sports car season had done enough to claim the 2015 European Endurance Championship title. 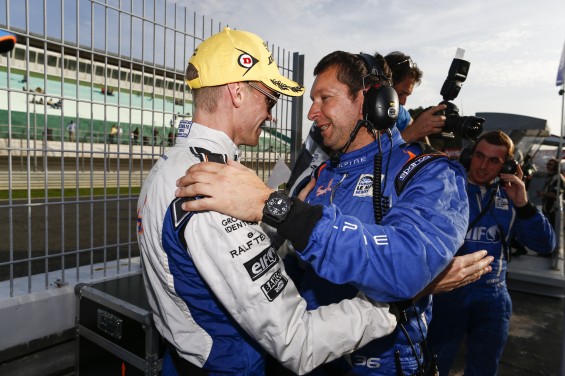 Celebrating the championship victory, Webb explained: ‘What a race to end the season! It was real edge-of-your-seat stuff throughout the whole race, and one of the hardest races we have had all year. Our pace throughout the weekend was really good, and we were in a good position for the race after qualifying P3. Nelson and Paul-Loup set things up for me perfectly, having had their own battles, but two drive through penalties made things tough. It was a great race though, and the car felt very strong – the team did a great job with the set up, as they have done all year.

‘It was a real relief to see the chequered flag and know that we had done enough to maintain our championship lead. I am really proud to have been part of the Signatech-Alpine team this season, and really glad that I could help retain the championship title on my debut season with the team, and in the series. It has been one of the most challenging, and most rewarding seasons, I have ever raced in, and hope to be back defending the title in 2015. I would like to thank everyone, especially the Signatech-Alpine team and my sponsors for such a fantastic season.’