PACE PRESENT BUT RELIABILITY STRIKES FOR WEBB IN GERMANY

Oli Webb and his Bykolles team have endured some terrible luck and agonising reliability issues this year, but arriving in Germany for the final round of the European based races, the team had a sense of renewed optimism having made some changes over the mid-season break and looked forward to a track that on paper suited the car.

The promise of improvement was not misplaced after a positive run in testing; the car was immediately quick and it was clear that ground had been gained on main rivals Rebellion Racing. This was further cemented in qualifying where Oli and German teammate Pierre Kaffer secured P2 for Sunday’s 6 hour race.

Kaffer was first into the seat on Sunday in front of almost 60,000 fans and quickly got the car out in front before Simon Trummer took over for a double stint. The safety car and full course yellows disrupted progress, falling to third by the time Oli took over. Using an alternate strategy he caught the leaders and was in good position to claim a first win of the season, which with hindsight was very likely with the Rebellion cars running into problems. However, hope turned to despair as the reliability issues that have plagued the team this season returned. Oli lost power and a fire insued, forcing a second retirement in as many races.

The pace is there, now the team must work on reliability before the next round in Mexico on the 3rd September.

“We’re all hugely disappointed, it feels like we’ve had a victory taken away. The balance and speed felt really good all weekend and the team have done an amazing job to give us a car that is capable of wins but we were hit again with reliability problems. I was absolutely gutted to lose power and see flames again coming from our car. We’re so close to a big result and I’m really hoping that Mexico will be where our season turns around”. 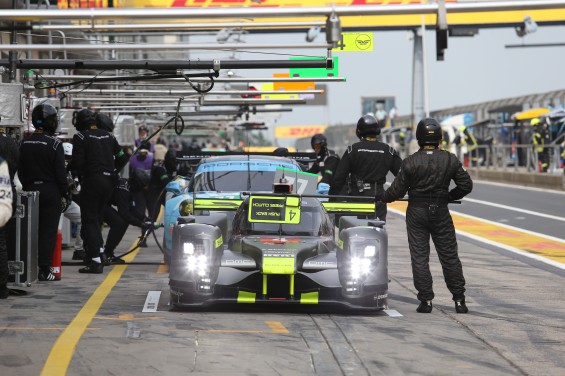