Ahead of his debut in the FIA World Endurance Championship (WEC) this weekend, young British motor racing driver Oliver Webb has leant his support to Freedom to Go – a campaign promoting the lifestyle benefits of short breaks in leisure vehicles and encouraging people to take more of them. 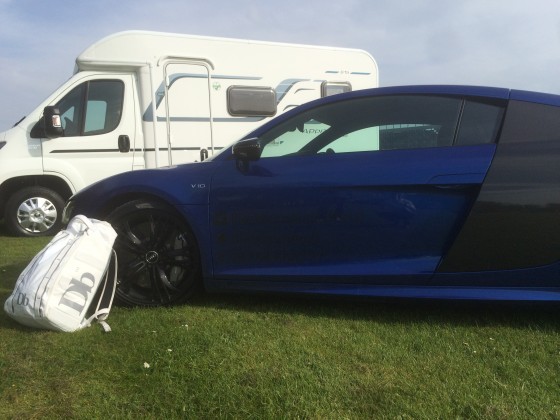 Throughout 2015 Oliver will be blogging at freedomtogo.co.uk about his racing season and sharing his experience on how a leisure vehicle helps him achieve his goals, enhances his time at the track and how easy it is to get going in one – you don’t have to be racing driver!

From April 9-12 Oliver will be using a Bailey Approach Advance 615 motorhome to assist his racing in the prestigious 6 hours of Silverstone. Check out this video of Oliver driving the Goodwood circuit here.

Rachel Piggot from Freedom to Go said: “It’s fantastic to have Oliver on board as an ambassador. He’s a young up and coming sportsman who is an inspiration to people both young and old. He’s not only interested in fast cars, but the importance of a healthy lifestyle and enjoying the great outdoors. Freedomtogo.co.uk will be following his progress and run exclusive blogs from Oliver throughout the year. Stay tuned!”

At the age of 9, Oliver Webb started karting, placing 1st in his first ever Club kart race and taking 1st place in the 2003 Minimax Karting Championship. He went on to gain a place on the Formula BMW Scholarship Programme and raced in various single seater championships across the globe. He is the 2014 European LeMans series champion and this year will race for Team SARD-Morand in the WEC LMP2 category at some of the world’s most exciting circuits, against some of the biggest drivers and manufacturers in international motorsport.

Oliver Webb said: “I’m delighted to be working alongside Freedom to Go as an ambassador. Within endurance racing us drivers know far too well the discomforts of sleeping and living at the race track, a stressful, noisy and loud environment. Getting away from it all into the comforts of a motorhome walking distance from my garage is a saving grace, somewhere to relax, chat to family and team members and rest in peace between the heavy night stints at races like Le Mans. No more sleeping in the crates that the cars came in like we do in the Dubai 24hours!”

Rachel Lockyer, Bailey marketing manager, said: “Everyone at Bailey of Bristol would like to wish Oliver the best of luck for this racing season, and we are delighted that our new Approach Advance motorhome is being the perfect support vehicle at a sporting event like the opening round of the WEC. It will provide him with plenty of seating areas to relax in, plus facilities to freshen up and provide hot or cold nourishment and drinks whenever he needs them.”

The NCC (National Caravan Council) has partnered with The Caravan Club and The Camping and Caravanning Club,on Freedom to Go, an awareness building campaign to promote the lifestyle benefits of caravan and motorhome holidays.At the heart of the campaign freedomtogo.co.uk offers guidance and advice to help visitors discover and plan a new adventure. The campaign will also show how a motorhome or caravan can enable many activities, such as motor racing, and draw on the appeal of the great outdoors and the freedom to explore that owning a leisure vehicle presents.

The NCC is the trade association for the UK caravan industry, encompassing touring caravans, motorhomes, caravan holiday homes and park homes. The NCC represents some 800 member outlets in manufacturing, park operations, distribution, retailing, and in the provisions of specialist suppliers and services within the UK caravan industry, which is worth in excess of £6 billion per annum (sale of products, services and holiday spend).

The Caravan Club is Europe’s premier touring organisation representing over one million caravanners, motor caravanners and trailer tenters. The Caravan Club has been providing people with the means to enjoy touring holidays since 1907 and offers a wealth of products, information and services, bespoke for caravanners.

The Camping and Caravanning Club is 113-years-old and is the largest and oldest Club in the world for all forms of camping. It has 109 award-winning sites throughout the UK and, through a partnership with the Forestry Commission, now runs and manages a further 16 Camping in the Forest touring sites.

Founded in 1948 Bailey of Bristol is the longest established UK independent manufacturer with over sixty five years’ experience in caravan production and design. During this period our family-owned business has grown to become not only the UK’s number one caravan brand, accounting for approximately one in three new caravan sales, but also now one of the largest in Europe. More recently the company has brought this same level of expertise to new product sectors, most notably coach built motorhomes, as well as expanding to new exports markets such as Australia and New Zealand. (http://www.bailey-aboutus.co.uk).