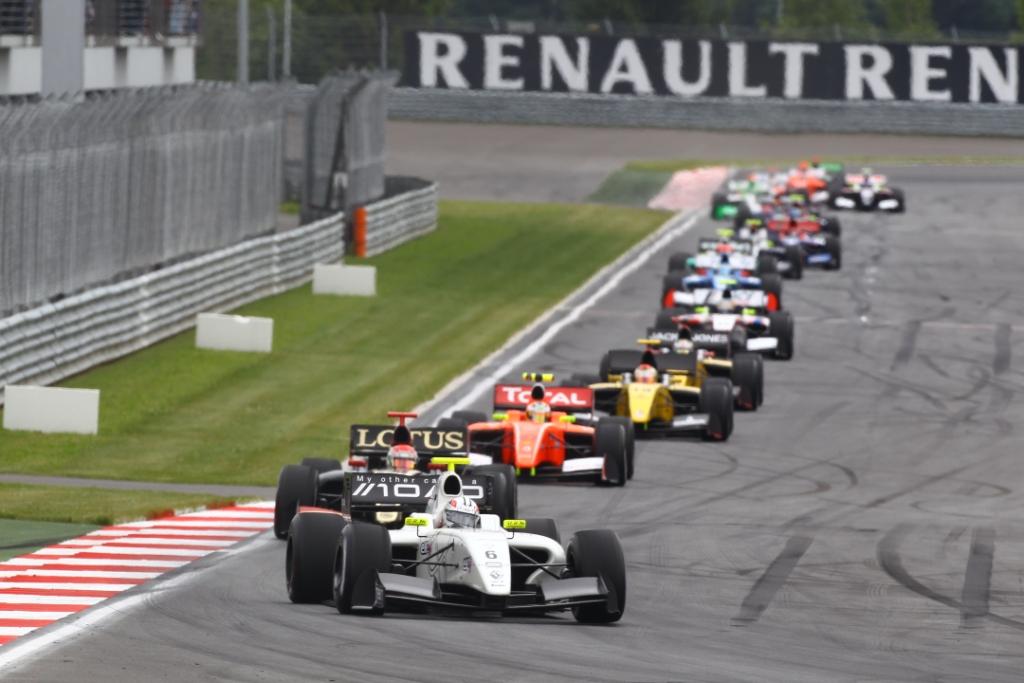 British racing driver Oliver Webb secured a double points finish on his debut at the Moscow Raceway, as the World Series by Renault FR3.5 travelled to Russia for Round 5 of the championship. Despite this being his first visit to the circuit, two strong qualifying performances set Webb up well for the weekend’s races, and the top 10 finishes help move Fortec Motorsport to the top of the championship.

Webb’s first experience of the circuit saw him make significant improvements throughout the free practice sessions. Running various simulations and getting to grips with the car around the 3.995 km Hermann Tilke-designed circuit, Webb showed strong pace, and quickly found a good balance with the car. Throughout qualifying, Web showed competitive pace and was running comfortably in the top 10. With the clock running down, Webb put together one final lap, and secured 6th place on the grid for Race 1, while his teammate, Stoffel Vandoorne, claimed pole position for Fortec Motorsport. A subsequent ruling by the race stewards saw Webb promoted to 5th.

As the lights went green for Race 1, Webb struggled for traction and was immediately forced to defend, compromising his opening lap. After dropping back to 9th, Webb remained focused and battled hard, but was unable to move back through the field around the tight Moscow Raceway circuit, despite closing the gap to the group in front. As the chequered flag fell, Vandoorne took victory for Fortec Motorsport, and Webb crossed the line 9th, to secure two further championship points.

Qualifying for the weekend’s second race saw Webb again show strong pace, pushing hard for place on the front row alongside his teammate. However, his final run of the session was compromised due to oil on the track which forced Webb’s car into a spin. The BRDC driver ended the session in 5th place.

While Webb was able to avoid any damage to his car during qualifying, he was forced to replace his tyres, and had to return to the set that he had run during the weekend’s first qualifying session and race. This left him at a significant disadvantage to the rest of the grid, but the young Brit showed good pace off the start and maintained position. However, the tyres were a limiting factor throughout the race and masked Webb’s true speed, and he was unfortunate to lose out during the pitstop window despite a well-executed stop by the Fortec Motorsport team. Teammate Vandoorne claimed his second victory of the weekend and, even with the severely aged tyres proving a limiting factor, the Knutsford-born driver crossed the line in 7th.

Commenting on the weekend, Webb explained: ‘I am really happy to have scored points in both races, especially on a track that I have never raced on before. There were some great battles throughout the two races, and the second one of the weekend was one of the hardest so far this year. We were on the back foot starting the race on old tyres, and it was always going to be difficult, but I felt that we found a really strong balance with the car, and we had good pace.

‘The team did a great job over the whole weekend, and I’d like to congratulate Stoffel on his double victory. It was great that we both scored points for the team this weekend, and we leave Russia with Fortec Motorsport leading the championship.’

The World Series by Renault FR3.5 championship travels to the Red Bull Ring Austria for Round 6 over the weekend 20-21 July.